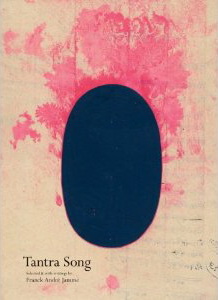 The twenty-eight dazzling tongues of Kali. (In the Vedas, Kali is also the seventh tongue of the god Agni, Fire.) Kali extends her red tongue, its repetition inducing a true intoxication.

The eternal and frenetic race of the feminine principle towards its masculine counterpart. Shakti pursuing Shiva. Motion seeking stillness. The triangle of the Goddess is not presented with point downward, as tradition normally dictates, but in full agitation. In time, the triangle should come to actually tremble, vibrate, hover about its lover, its magnet.

The notion of time or its tracks. Another interpretation: instantaneous emancipation and prosperity. For the tantrika, awareness of time’s powerful stride can induce a sudden liberation, giving rise to a richness–especially within.

Simply the king. The Shiva linga, the original representation of the deity. Sign among signs (in Sanskrit linga means “sign”). In the form of a man’s member joyful, erect, and sometimes so impassioned that, in the ritual, according to André Padoux, “it must be continually watered to cool it down.” . . . A body surrounded by vapors–another clear sign that a flame burns eternally within.

The purer the consciousness, the bluer and clearer the sky.