Looking is Not Seeing 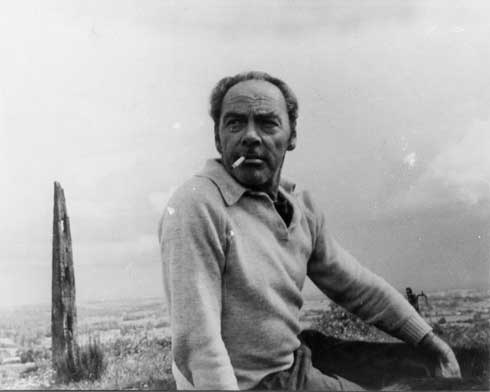 Once again it’s useless. It’s useless to sing (and no one really wants to sing anyway). It’s useless to moan. It’s even useless to look; seeing is what is required. It’s utterly useless to repeat that everything always repeats itself. It isn’t true. In everyone’s life there comes a day when all that had been repeating until then repeats no longer. And never again will. And all that was true until then is no longer true. Something else is required. Something more true, which remains true while passing from one life to another. In everyone’s life, it is the same thing: all that was true only due to steady repetition, only due to one’s habits, becomes useless. And the only problem is knowing how long you then have before death comes. So many times we have failed, due to repeating that everything always repeats, so many times we have missed seeing it since birth; oh yes, since birth. So many times we have systematically skirted it, by ruse, out of ignorance, by omission, out of the habit of lying down like usual, of getting up like usual, eating like usual, getting sick and recovering like usual, as if everything always repeated, as if there was never anything but the vastness of the repetition of habit without beginning or end. How many times have you skirted that moment when everything begins, everything ends, once and for all? How many times, until the very last moment, have you missed the opportunity to know and to learn? Until suddenly at the very last moment, when the repetition will no longer repeat and you must learn and understand since each moment we are dying.

The question is knowing how long before death this revelation occured, and whether enough time is left before dying to hunger for a different truth, to hunger absolutely, once and for all, for the absolute truth, the unique unrepeating thing, that endures. If there is enough time to see before then, in one’s eyes, the gaze withdraw, fade away. If enough time remains to find salvation.

Once again, it’s useless to repeat that since it has been like this countless times before, it will always be like this. It isn’t true. Because the exception proves the rule. It is the exception that creates the path. The stomping of the rule, the stomping of the law, the inexhaustible stomping of order, the stomping of the millions of feet of repetition, the calm stomping, the enormous immobile stirring of the millions of feet of habit, doesn’t create a single step – only dust. It is the exception that takes a step forward. At this moment nothing that has repeated itself for as long as you can remember will ever repeat again. This moment is the source of everything. When all that we have learned how to do, all that we have wanted to learn how to do, among whatever we have, like among our belongings, assumed the habit of living, the knowledge and wisdom of the world, when all that has become utterly useless.

Superstition is to rely on what lies behind. When what is before you comes down upon you, what use will knowledge be – if you are incapable of thinking, of inventing—what use will knowing be if as long as the world is world it has never happened like this? What use will having mountains of information, Himalayas of habits and repetitions, and ways and customs, and rules and conventions, behind you when what presents itself is simply new, living, arising and does not fall within this scope? When the future remains in the future, rest assured all is in order. Order reigns for the peace of the self-righteous; it’s only a question of habits. But what about when the future finally falls upon the present?

For that day is inevitable and no one can avoid it.

Because the world in which we find ourselves, due to dying, since it began to die, has finally suddenly died: it’s useless to act as if it has always repeated itself. It no longer does. That’s all. It too knows that its time has come. And all of a sudden all must be invented anew. It’s useless to look, like you are in the habit of doing, because looking is not seeing and SEEING is what is demanded of us.