Short Conversation with a Friend 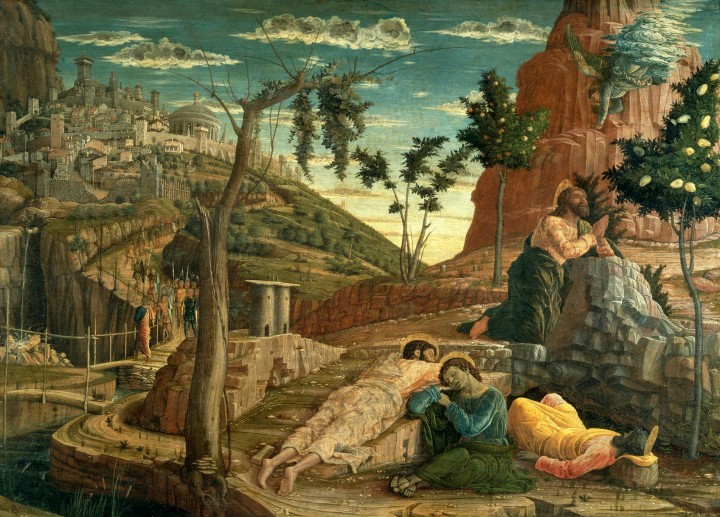 Friend: While in Paris I went to the Louvre and saw a wonderful Mantegna exhibition. Seeing all those great paintings in the Louvre was like a gift for me. I seldom feel such a deep happiness when looking at contemporary art.

MT: This poem by Michel Houellebecq that I have just translated seems so appropriate here:

It’s true this world our breathing laboured
Inspires nothing more than obvious disgust,
A desire to flee without our share,
And no longer read the headlines.

We long to return to our ancestral home
Where our forebears once lived under an angel’s wing,
We long to find that strange morality
Which sanctified life to the end.

We crave something like loyalty,
Like the embrace of mild addictions,
Something that transcends yet contains life,
We cannot live far from eternity.

Friend: Hmm… this seems to fit well into my criticism. There is a need for change and this is why everybody is looking and listening to Obama now, because he has the guts to speak about emotions and visions – something that has gotten completely lost during these past few decades …

MT: It’s funny i’ve never been a big fan of Houellebecq but this little poem captures it quite well i think.

I’ve been reading an interesting book by the French philosopher Michel Henry; it’s called Barbarism (Continuum, 2012). In it Henry analyzes the detrimental effects that the dominance of Galilean science has had due to suppressing our subjective lives, our lived experiences and feelings, reducing the profoundest of emotions and actions to nothing more than chemical reactions and the mere interaction of molecules. I really think Henry nailed it. I also think this is why things like renaissance paintings or those by Rothko resonate so strongly as opposed to the dry intellectualism of most contemporary art, which rarely and only at most rises above the expression of a critical attitude. The renaissance painters, on the other hand, expressed strictly positive values such as faith, grace and compassion, even sacrifice is noble in being that of the martyr.

It is not a return to the style that i am calling for, or even a religious or spiritual art, far from it, but i do seek to rediscover this grace in art, as people like Robert Irwin, Rothko and Agnes Martin have. A simple, natural grace… a quiet, humble grace.

Friend: Well said. And this is what most contemporary artists are lacking – grace and humbleness – they want to be famous, they want to be rich, they can’t see how lonesome and small they are…

MT: Precisely, and so their art becomes an act of aggression, an empty assertion echoing in an empty space. It’s hard to imagine Fra Angelico bickering about the market and his dealer. Picking up a brush, camera or whatever should be no different from picking up a rosary.

Friend: This is what i thought while looking at Mantegna’s Madonna. Her red veil had such a depth of light and color at the same time, It must have been painted in many thin layers of glaze. Then i realized how long it would take to paint such a painting – each layer has to dry, before putting on the next one (i used the same technique for my oil paintings) no thought was wasted in producing such a thing. I also loved his sketch books… and there were other books too. Wonderful work it was.

MT: We have much to unlearn and relearn.

November 2008
illustration: Andrea Mantegna, The Agony in the Garden